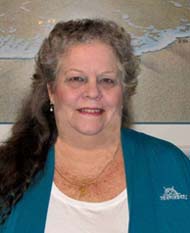 Linda came to Florida from Brooklyn as a child and enjoyed family boating on the Indian River.

Linda started working on yachts as a cook stew and met her husband Captain Jim Turner in the late 70's in the Bahamas. They worked together as a team for most of 14 years covering the Eastern Seaboard, Caribbean, Great Lakes and Bahamas. Linda got her Captain license in early 80's and retired it after its 4th issue.

Linda has striven to supply to crew the opportunity to experience and live the wonderful life style yachting allows, and to supply owners with crew members happy to be of service. 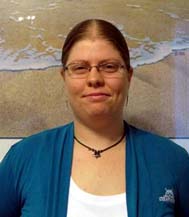 Born and raised as a native Floridian, Heather was brought up in a boat oriented family who enjoyed the sea and worked on boats. After moving to Fort Lauderdale in 2005 to attend collage at The Art Institute of Fort Lauderdale to obtain her bachelor's degree, she joined the Crewfinders team in 2006 to work part time in helping out in the family business while attending school. After graduating she took on the role of Data Manager full time at Crewfinders to maintain and improve all information that comes through its doors.

Heather has an eye for detail and makes sure that all crewmember and yacht data is accurate, current and represented correctly. At Crewfinders she has come to know the yachting community and the people that keep it afloat and thriving and has found that everyone has a story to tell. 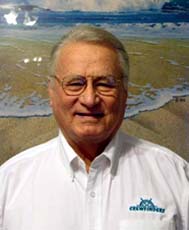 We regret to announce that our friend and co-worker has passed away on June 23, 2018 due to health issues.

The family is planning a memorial get together for his friends on October 20th in Fort Lauderdale around Boat Show time because so many of his friends are in yachting and they should be able to be back in Florida by then.

Jack moved to Ft. Lauderdale from Delaware in 1979 as the senior lineman for Bell South. Being an avid boater he knew he had found home. In 1980 he became partners in a local dive shop, the only dive shop in town that not only taught fun but also had a Beer & Wine License.

Jack was issued his 50 ton USCG License in 1982 which allowed him to work the commercial end of diving, running the dive boat and moving customers boats to the yards for work.

In 1984 he was issued his 100 ton Lic. In the early 90's Jack and his now wife decided to cast off the lines and let the adventures begin, operating as Captain from 65' to 208' yachts. Jack currently holds his 1600 / 3000 ITC All Oceans Master and MCA CEC 3000 ton Master Oceans. In 2012 Jack joined Crewfinders to help others follow their dreams.

Luna, Sunny and Star - The Mascots

Born and raised to be the social dogs of the office, Luna, Sunny and Star are great judges of character.